Scania and MAN have joined forces to develop a new generation of engines that will be used in both brands’ heavy-duty commercial vehicles in the future. Through very close collaboration and trust, the project team is creating a drive system that will set new standards not only in terms of emissions, but also in terms of efficiency. 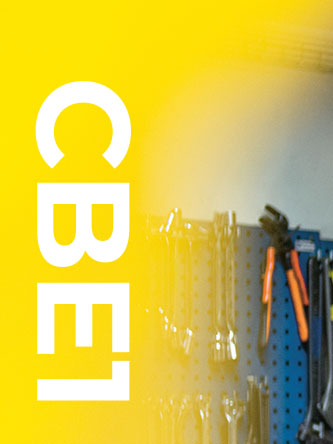 CBE1 stands for Common Base Engine 1, a joint engine platform from Scania and MAN.

A smell of oil and diesel hangs in the air, and you can hear a dull roar in the long corridor. On the right and left, a dozen double-wing steel doors are lined up one after the other. Behind each door is a testbed, where a part of Scania’s and MAN’s future is running: a 13-liter engine, developed jointly by the partners from scratch.

An hour earlier, two floors up at Scania’s head office in Södertälje—chief engineer Magnus Henrikson chooses his words carefully so as not to give away any technical details. It’s still too early for that. The product he and his team of 120 engineers have been working on for several years is too important. What we’re talking about here is nothing less than “the best commercial vehicle engine we’ve ever built,” says Henrikson. And when he says “we,” he means Scania and MAN.

Scania had started developing a completely new generation of engines back in 2012. From the outset, these engines were designed to also run on alternative fuels. The existing platform could hardly cater to future emissions regulations and increasing customer requirements for lower life-cycle costs. In addition, in order to sell a truck, you have to offer the best product with which its operator can make money.

engineers have been working on the new commercial vehicle engine for several years.

Back then, MAN wasn’t yet in the picture. In 2014, the two companies began discussions on working together, when the partners started tracing out the main areas of collaboration. And then the Common Base Engine 1 (CBE1) project, a joint engine platform from Scania and MAN, was born. “It wasn’t easy at first,” recalls Magnus Henrikson, and just by the tone of his voice, you can tell he means it. There is always a lot of skepticism at the beginning. What the companies have to do now is grow together and build trust.

Trust is the key to success

Following those discussions, workshops were held between engineers from both companies. “Those workshops were crucial for successful collaboration,” says Florian Kraft. The German engineer represented MAN in those workshops and was noticed for his positive attitude and constructive approach. Magnus Henrikson remembers it well: “It was soon clear that we needed MAN engineers on site in Sweden. And I wanted Florian on the team.” From 2015, Kraft traveled to Sweden every week and supported the team on site.

In 2016, a major meeting was held to discuss the concept. “Looking back, that was the breakthrough point when mutual trust was established,” says Henrikson. That same year, Florian Kraft moved with his family to Sweden to work on site full time. In Germany, he was a team leader responsible for development of the basic engine standards. In Södertälje, however, he is the glue between the development departments of MAN and Scania. “You can’t be based in Nuremberg, maintain contact with Scania, and report to management in Munich if you aren’t directly involved in the development process,” explains Kraft. You have to be on site to understand what’s going on and to have the big picture of the entire project. 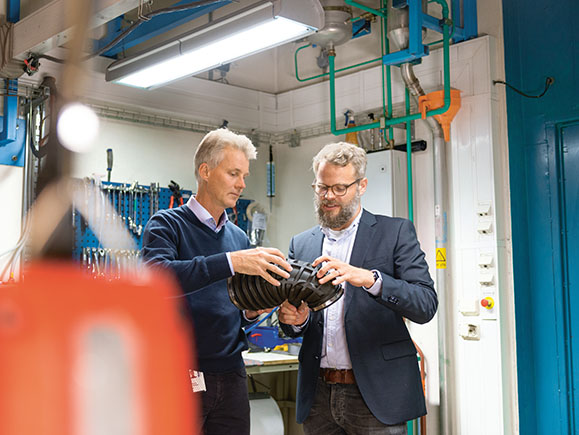 A team of engine developers: Magnus Henrikson (left) and Florian Kraft check a component for the induction tract.

“When so many experienced engineers from two companies work together, help each other, and learn from each other, then there is no other way but to develop a very good engine.”

Adapting to Scania’s corporate culture was not difficult. “During a meeting, everyone introduced themselves with their first names, and after two hours, I still didn’t know who was in charge,” recalls the engineer. Scania’s modus operandi for decision-making focuses on expertise rather than hierarchy. And this is how decisions are made: “At first it might be a longer process, but in the end, the issue is resolved,” says Kraft.

Every company has its own culture that must be understood and respected. And again, it takes trust for the partners to achieve the project aim: in this case, to build the best engine in its class. After all, even though the TRATON GROUP is investing a great deal into new electric drive systems, it is also important to offer the most efficient combustion engine available today in the high-volume heavy-duty commercial-vehicle segment. 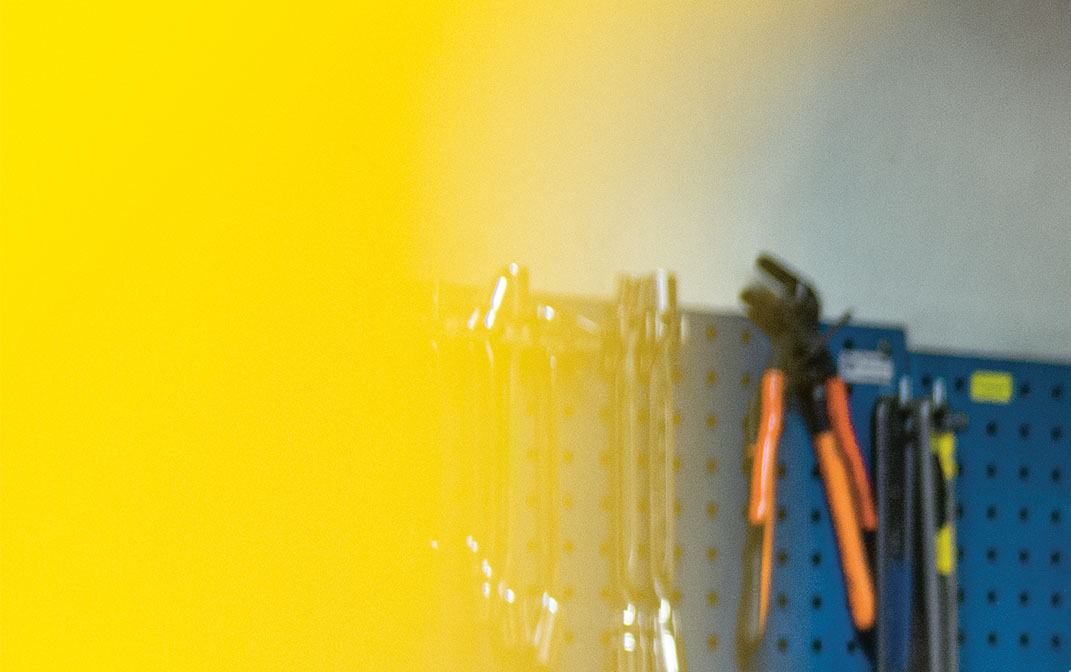 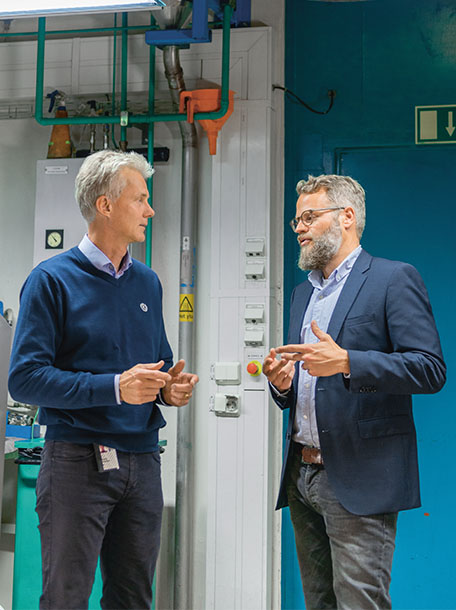 An open dialogue: every company has its own culture that must be understood and respected.

To achieve this aim, the partners joined forces in terms of development expertise and budget. “The CBE1 development is most certainly the best-tested project of my career so far,” remarks Kraft proudly. “When so many experienced engineers from two companies work together, help each other, and learn from each other, then there is no other way but to develop a very good engine.”

This may also have something to do with the fact that practically every single part of the engine was completely redesigned. “Our thinking was that we have a new product that both companies will need in high volumes for some time to come—let’s not make any compromises,” explains Florian Kraft. The new development also makes sense financially: because Scania leverages economies of scale from its suppliers through high volumes, significant savings will be achieved in the future in material and development costs. But capital expenditures are necessary up front: “The machines for making the engine parts are very expensive, while a new assembly line is affordable in comparison,” says Magnus Henrikson.

Scania had started developing a completely new generation of engines. From the outset, these engines were designed to also run on alternative fuels.

And why go to all the trouble? For the customers. The commercial vehicle business values reliability, low fuel consumption, and good service, which both brands offer. “You will still be able to distinguish between Scania and MAN trucks in the future,” assures Henrikson. After all, customers aren’t just buying an engine, but the truck as a whole product.

In the end, Magnus Henrikson does actually allow a sneak peek into the inner sanctum. Here in the prototype assembly workshop, he shows a single-cylinder test engine on which Scania is analyzing combustion processes. There are some other extremely interesting-looking prototypes right next to it. Everything is top secret. But one thing is certain: Scania and MAN still have several surprises in store for the future.

Fit for the future

A trip to the workshop can wait: MAN is working on over-the-air software updates.