Since 1996, Volkswagen Caminhões e Ônibus has built trucks, delivery vehicles, and buses using the Consórcio Modular production concept, which sees much greater supplier involvement than was traditionally the case. This is truly a success story, as it has resulted in the manufacturer becoming the market leader for commercial vehicles in Brazil. The concept is now being extended to the production of electric vehicles. The continent’s first electric city delivery truck, the e-Delivery, will roll off the assembly line starting in 2020.

Driving to one of the most innovative truck factories in the world is like traveling in a time machine. Trucks rumble down the highway stretch from São Paulo to Rio de Janeiro. Along the side of the road, an ox pulls a plow through a bean field, while women collect firewood. Suddenly you see a factory sprawling in the middle of the red clay soil, with white halls and a staff parking lot. On the factory floor are freshly painted truck and bus bodies, from a 3.5-ton truck to a heavy-duty truck that can transport 63 tons. We have arrived at the Resende plant of Volkswagen Caminhões e Ônibus.

For almost 40 years, the company has produced large commercial vehicles in Brazil. In 1996, Volkswagen built a completely new factory in Resende, a city with a population of just over 100,000 located between Rio de Janeiro and São Paulo. Its concept was something quite revolutionary at the time, and is still considered unique today: in the Consórcio Modular concept, Volkswagen Caminhões e Ônibus shares the investment costs with its suppliers and leaves some of the production responsibility to them. 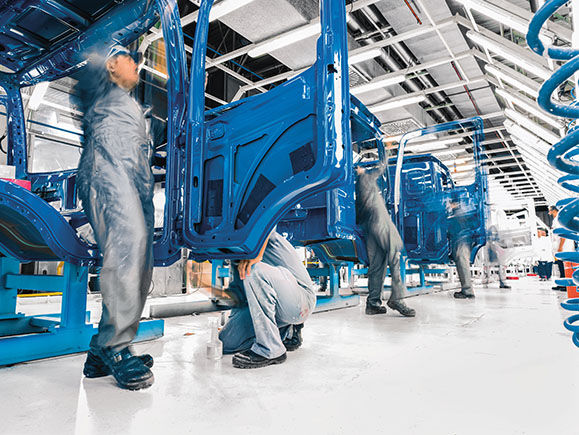 Division of work at the Resende plant: at every assembly line station, suppliers deliver finished parts and install them.

From the end of

the e-Delivery will roll off the assembly line.

The manufacturer is responsible for model development and the final acceptance. The division of work is clearly defined: in the assembly line stations for chassis, axles, tires, engines, cabs, painting, and cabin interior parts, the suppliers deliver finished parts and install them. A supplier or joint venture of suppliers is responsible for every station. A yellow line on the factory floor next to the assembly line indicates where the responsibility of one supplier ends and that of the next one begins. Volkswagen Caminhões e Ônibus employees are in charge of quality assurance between the assembly line stations. The TRATON GROUP brand is also responsible for the final acceptance. This ensures that the vehicles rolling off the production line comply with the Volkswagen standard, even though installation is in the hands of the suppliers. 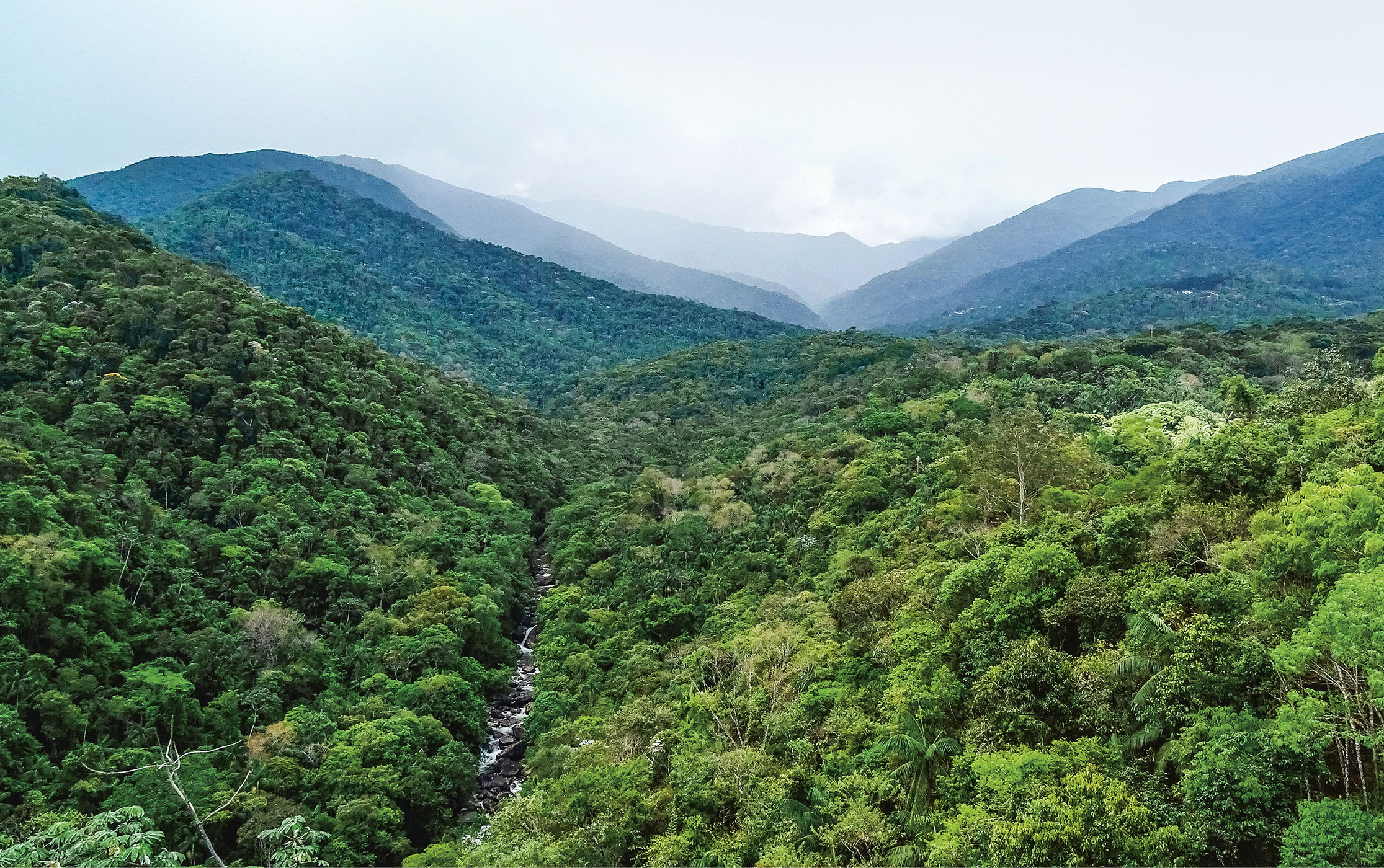 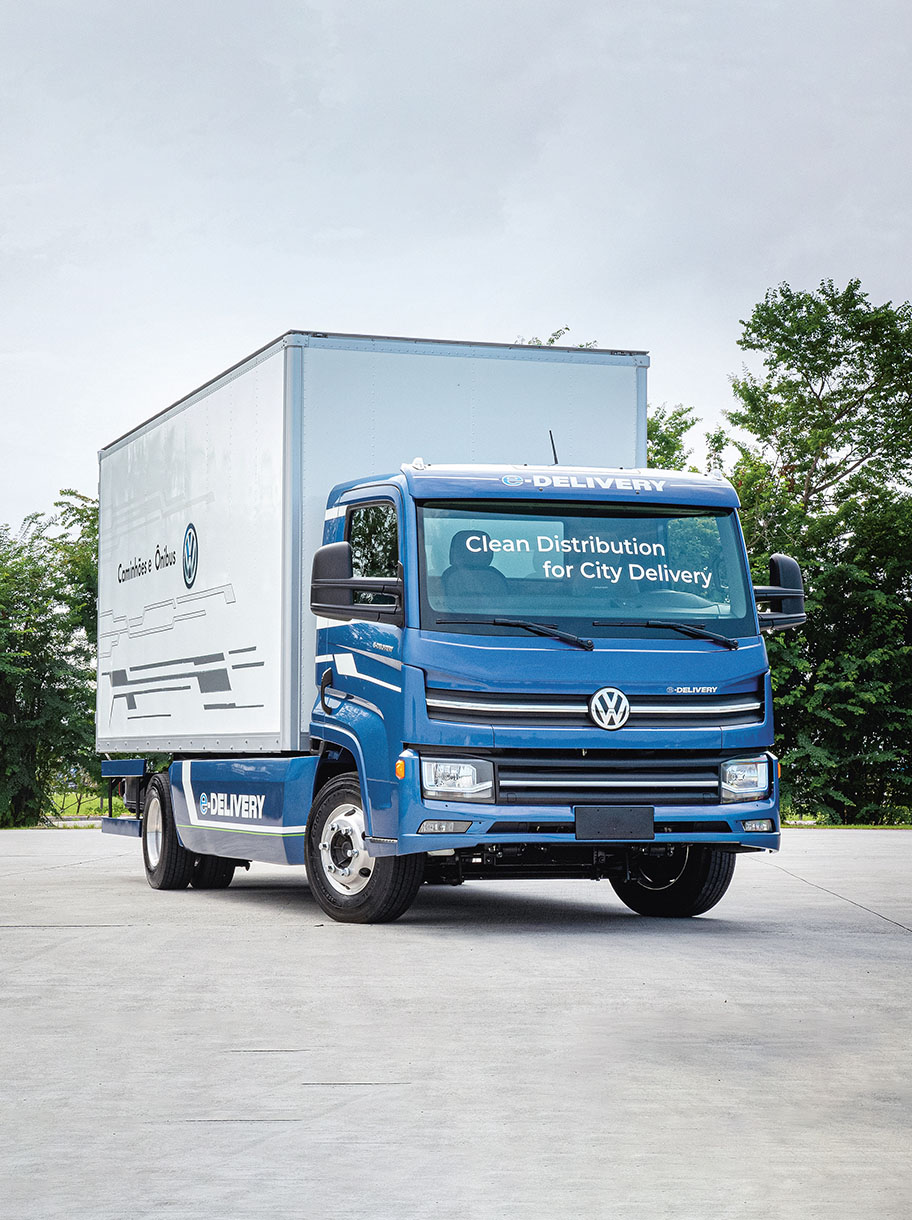 A quiet truck with zero local emissions: the e-Delivery prototype in action.

The advantages of the concept include lower fixed costs and ensure profitability even at comparatively low utilization rates. Production can be adapted more flexibly in response to differing market developments that are common in Brazil. “It’s the ideal factory concept for emerging markets,” says Roberto Cortes, CEO of Volkswagen Caminhões e Ônibus. “Because the equity ratio is lower, target returns can be achieved more quickly than in conventional factories.” By putting the concept into practice, Volkswagen Caminhões e Ônibus became a market leader in one of the world’s most important truck markets.

The Consórcio Modular concept is now facing the next big step: the e-Delivery – the manufacturer’s first electrically powered city delivery truck – is set to roll off the assembly line in Resende from the end of 2020. One thing is already certain: “Our suppliers must be more closely integrated than ever before,” say Walter Pellizzari Jr. and his colleague Lucia Rama, responsible for Strategic Planning and E-Mobility at Volkswagen Caminhões e Ônibus. “This is because the entire infrastructure has to be adjusted around the e-Delivery.”

A hand in the entire electric mobility ecosystem

Previously, the work of the Consórcio Modular ended when the vehicle left the factory. In the new eConsortium concept, involvement continues with the vehicle’s daily operations and throughout its entire life cycle. Where and how should charging stations be set up for delivery trucks and delivery companies? How will the energy supply be guaranteed for the daily fleet operations? And how can the used batteries be repurposed at the end of their vehicle life? “This creates completely new value chains for manufacturers and suppliers,” says Roberto Cortes. Agreements are currently being negotiated with the eConsortium partners.

In addition to the e-Delivery, eight other commercial vehicle models are produced in Resende. Their electrification will first be planned in virtual reality. “We use a completely new software to simulate the entire vehicle production process beforehand to the greatest extent possible,” explains Rodrigo Chaves, CTO of Volkswagen Caminhões e Ônibus. 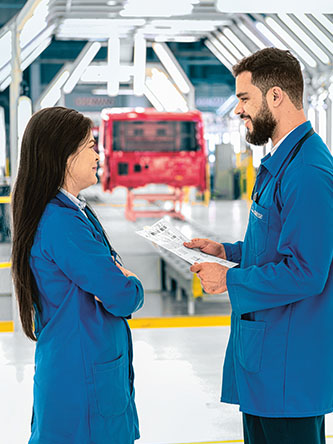 Volkswagen Caminhões e Ônibus employees are in charge of quality assurance between the assembly line stations. 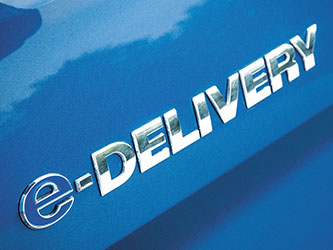 The e-Delivery electric city delivery truck: from the start of the project to an operational vehicle in just one and a half years.

The first modifications at the Resende factory are scheduled to start at the end of 2019. For example, a self-contained high-voltage unit will be set up – as a “factory within a factory” – in which electric engines and high-voltage batteries can be installed and connected.

Engineers and production planners are already working hard on a prompt production startup of the e-Delivery. Around 50 customers have already registered their interest in the electric variant of the city delivery truck. “That in itself is a formidable challenge,” says Cortes, “getting from the start of the project to an operational vehicle in just one and a half years.” The solution to this challenge is also the unique production concept. At any rate, the experts of the Consórcio Modular concept in Resende are confident that modularization can also be applied to the production of electric vehicles.

Scania and MAN join forces to develop a new generation of engines.